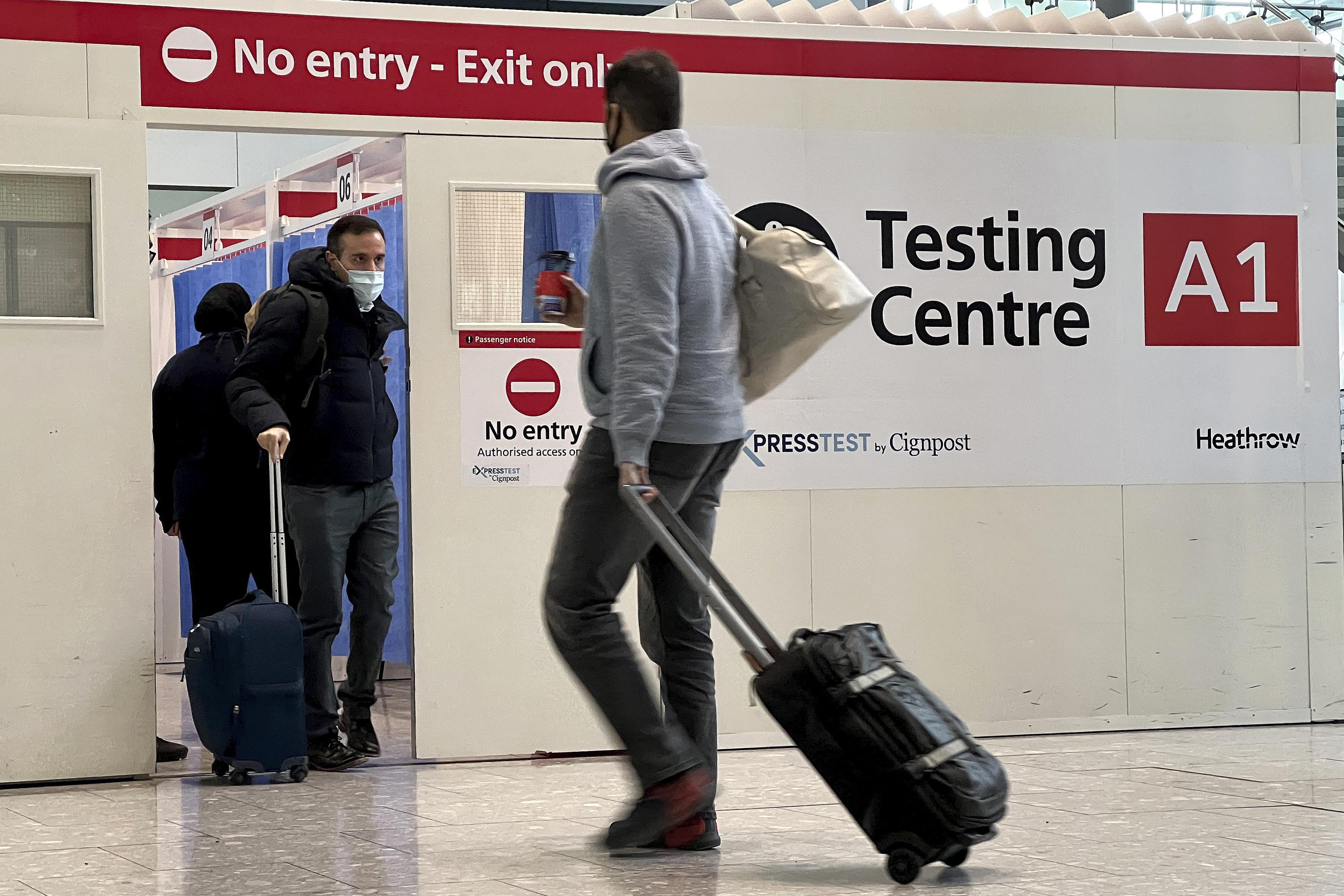 DALLAS (AP) — Airline and tourism groups are pushing to eliminate the government requirement that international travelers provide a negative test for COVID-19 before boarding a U.S.-bound plane.

They believe the testing rule is discouraging people from booking international trips. They point to the United Kingdom, which eliminated a similar rule last month.

Airlines for America, which represents the nation’s biggest carriers, and 28 other airline, travel and business groups wrote Wednesday to the White House coronavirus policy adviser urging the Biden administration to end the testing requirement.

The groups argued that the testing requirement is no longer needed because of the high number of COVID-19 cases already in every state, higher vaccinations rates and new treatments for the virus.

“Removing the requirement will greatly support the recovery of travel and aviation in the United States and globally without increasing the spread of COVID-19 and its variants,” they wrote.

The White House did not respond immediately to a request for comment.

At the same time, one of the major tourism-industry groups said it is seeking tax breaks for conventions and trade shows, which it believes will help revive business travel.

Domestic leisure travel in the U.S. has recovered to pre-pandemic levels, but business and international travel have not fully rebounded. From early 2020 through last December, spending in the U.S. on travel has dropped by a cumulative $730 billion, and many jobs in the sector have not come back, according to the U.S. Travel Association.

Last month, the United Kingdom dropped a requirement for vaccinated travelers to pass a COVID-19 test before boarding a flight to the country. Travel groups are asking the Biden administration to similarly ease current U.S. rules, saying it would boost international flying.

Tori Emerson Barnes, executive vice president of the travel association, said people are reluctant to book international trips if there is a chance that the could get stranded and unable to return home if they test positive for the virus.

Industry officials also note that airlines saw a bump in bookings after the U.S. eliminated country-specific bans on travel in November, and the predict that the same will happen if the U.S. drops its pre-departure testing requirement.

The testing rule does not apply to flights within the U.S.

Government figures suggest that surges in COVID-19 caused by new variants of the virus have played a bigger role than testing requirements in discouraging travel.

From a low point in April 2020, the number of people traveling to, from or within the United States compared with 2019 rose every month until last August and September, when the delta variant hit.

The recovery resumed briefly, then stalled in December and went backward in January, as the omicron variant pushed U.S. COVID-19 cases to new records.

Airlines for America said its member airlines carried 38% fewer international passengers in late January than in the same period of 2019. Travel between the U.S. and China — which has its own tight restrictions on international travel — remains just 2% of pre-pandemic levels.

Separately, leaders of the U.S. Travel Association said that they are talking to members of Congress about tax changes they say would boost business travel.

The group is calling for a tax credit equal to 50% of costs that organizers and sponsors incur for conventions and trade shows. A bill containing the idea has foundered since it was introduced in the House nearly a year ago.

Since the pandemic started, many large conferences have been canceled, moved online, or offer both online and in-person options. Barnes, the travel association official, said event organizers and small businesses need incentives to resume in-person events and business meetings.

The group also wants to restore a break that was eliminated in the tax-cut law that former President Donald Trump and Congress, then led by Republicans, approved in 2017. That law eliminated the 50% deduction for business expenses that are considered entertainment.

David Koenig can be reached at www.twitter.com/airlinewriter