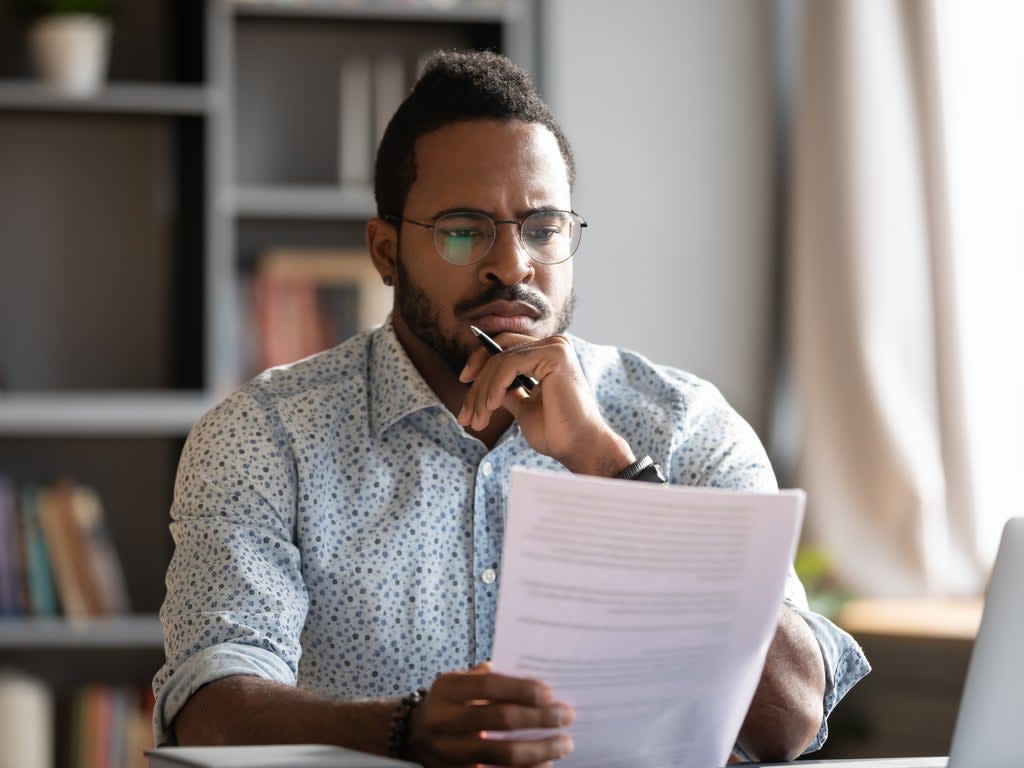 Many Britons are stepping into April with trepidation, as the cost of living crisis is set to worsen with a number of changes that will mean higher bills and prices.

With inflation already at its highest rate since March 1992, customers have seen the price of nearly everything increase – from food to clothing to furniture.

But some of the most significant increases will be put in place from Friday 1 April, as the energy price cap goes up and changes to national insurance and VAT come into effect.

Reductions in pandemic support from the government for businesses is also expected to push costs up and will ultimately mean higher prices for customers.

These are all the things that will have the biggest impact on people as costs continue to soar.

The increase in the energy price cap was first announced by regulator Ofgem in February. It will go up by a record 54 per cent from Friday 1 April.

This means that the average gas and electricity bill will rise by hundreds of pounds for around 22 million customers.

Ofgem last updated the price cap in August 2021, but said in February that the current level “does not reflect the unprecedented record rise in gas prices which has since taken place”.

VAT levels across the hospitality sector will be lifted back to 20 per cent, after they were dropped to support the industry’s recovery during the Covid-19 pandemic.

The tax was dropped to five per cent, and has since rebounded to 12.5 per cent in October 2021 as restrictions eased.

However, it is now due to rise again to 20 per cent on Friday, which means that dining out or staying in hotels will become more expensive.

Wetherspoon founder Tim Martin and Young’s boss Patrick Dardis have both said that prices would now have to increase significantly for customers as a result of reduced VAT support.

The government’s proposed national insurance tax rise will come into force on 6 April and will affect employees, employers and the self-employed.

Payments will only be collected on wages above £9,880, but this rises to £12,570 in July as part of Chancellor Rishi Sunak’s Spring Statement measures to help people struggling to pay.

While the increase is well below inflation, currently standing at 4.8 per cent, customers are being encouraged to contact their water company if they need help with their bills as the cost of living hits them in other areas.

Chrstine McGourty, CEO of Water UK, said in February: “We know this is a difficult time for many and no one should have to worry about their household essentials.

“There is a wide range of support available for those in need, and I would urge anyone who’s concerned to get in touch with their water company.”

Changes in council tax rates will come into force on 1 April, affecting nearly everyone aside from students and some people on certain benefits, who are exempt.

According to MoneySavingExpert, most households will see total increases of around 3 per cent.

However, some councils are increasing bills by 5 per cent – including Pembrokeshire, Oxfordshire, Lincolnshire, Cambridgeshire and Surrey.

Travelling by train became more expensive this month, but passengers will likely feel the pinch even more from April as they grapple with balancing rising costs elsewhere as well.

The highest train fare rises for nine years came into force at the start of March, with prices in England and Wales pushed up by 3.8 per cent.

The government said the increase was below the rate of inflation, but the move was condemned by Labour as “brutal”.

According to Labour, the rise means the average commuter now pays £3,263 for a season ticket, 49 per cent more than in 2010.

Travelling on long-haul flights will also become slightly more expensive from April as the Air Passenger Duty increases by £2, totaling £84 per passenger.

Those flying in premium economy, business and first class will have to pay £5, rising to £185 in total.

However, the duty on short haul flights will remain frozen for the next two tax years, the government confirmed last year.

A number of mobile, broadband and TV companies have announced price increases from the end of March and the start of April.

YourMoney reported that BT, EE and Plusnet customers will see a 5.4 per cent or 9.3 per cent rise in their bills from 31 March, depending on which service they have and when they signed up.

O2 Virgin Media is also hiking up prices as much as 11.7 per cent, although some customers may see bills rising by 7.8 per cent, depending on when they joined.

Customers of Sky TV and broadband will see their bills go up by an average of £43.20 from April. TalkTalk will also push bills up for broadband and home phone customers by 9.1 per cent, while fixed price and out-of-contract customers will see a 5.4 per cent rise.

Three and Vodafone also announced increases depending on when their customers joined or upgraded.

Prices of first- and second-class stamps will increase by about 12 per cent from 4 April, Royal Mail announced.

He added: “We need to carefully balance our pricing against declining letter volumes and increasing costs of delivering to a growing number of addresses six days a week.”