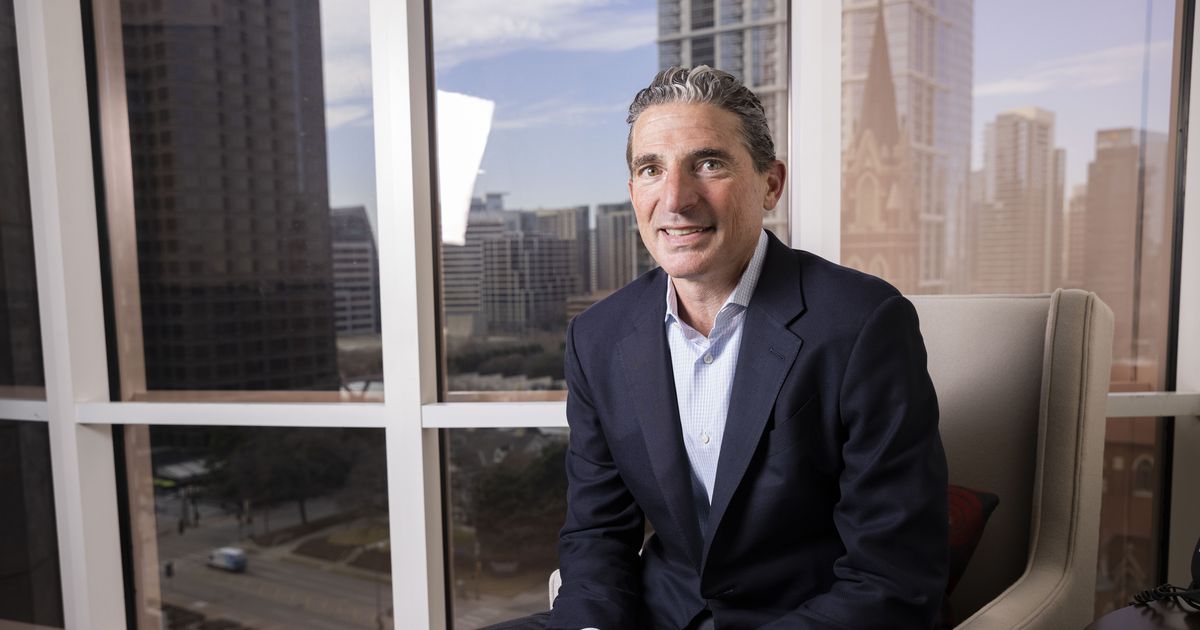 In the ultra-competitive world of investment banking, relationships matter. And it’s hard to replace face-to-face meetings as a way to build trust.

So when businesses began to reopen last summer from a COVID-19-induced pause, JPMorgan & Chase Co. wanted to encourage its dealmakers to get back into the boardrooms and C-suites around the country. It put on a good-natured contest last summer to see who could score the most in-person meetings with senior management teams.

“It was a fun way to try to create some energy and encourage people to get out there when the world was really starting to open up again,” said Rabin, one of four winners who attended the New York dinner. “In terms of building a trusted advisory relationship, you can’t replicate in-person meetings on Zoom. And that’s the way I came up in the business — a lot of travel and in-person meetings.”

Investment banking teams at JPMorgan and Goldman Sachs slugged it out last year to claim the top spot in dealmaking. In GlobalData’s 2021 tabulation, JPMorgan came out on top, advising on 295 deals worth $585.9 billion. In Factset’s ranking, Goldman Sachs claimed the title with $1.2 trillion in deals to JPMorgan’s $934 billion.

Rabin declined to specify deal volume across his two regions but said based on data he’s seen, “we would have the No. 1 position in investment banking market share.” Over his 30-year career, Rabin said he has worked on mergers, acquisitions and financing deals approaching $1 trillion in value for many of North Texas’ leading corporate names — Topgolf, Cinemark, Trinity Industries, Neiman Marcus, Clear Channel, Sabre and the Texas Rangers MLB team.

“Coming back to Dallas has been a great move personally for all the reasons people like the city and also professionally because it’s been a great place to do business the entire period I’ve been here,” he said. “The dips we’ve seen over the past two decades in the U.S. haven’t been as significant in Dallas as in other parts of the country because of its business-friendly environment.”

In an interview with The Dallas Morning News, Rabin discussed everything from how active the North Texas M&A is now to whether the market will see another SPAC frenzy. His responses have been lightly edited for brevity and clarity.

There was a record level of activity in 2021, both strategic M&A driven by corporate buyers along with financial sponsor-driven M&A. We feel like we’ll continue to see that in 2022.

M&A is driven by a number of factors, and one of those is just boardroom confidence, which is sort of an intangible thing. I think the sentiment in the boardroom here in North Texas is very good. The equity markets have gotten off to a little bit of a choppy start, but I don’t think that’s really shifted boardroom confidence. If you think about how businesses are doing in this region, they’re operating from a position of strength.

There’s still a tremendous amount of money out there in the financial sponsor universe.

On M&A activity in January in North Texas

January is an interesting month because any deal that gets announced in January, practically speaking, is a carryover from deals that were getting worked on late in 2021. A better way to look at it is the activity we are seeing with companies and financial sponsors getting ready to do things this year. We haven’t seen a slowdown in that. If you think about the average timeline for M&A deals — about six months — we feel good about the activity being generated now that will play later in the year.

On interest rates going up

It’s pretty clear interest rates are going up, right? But when you think about how it might affect M&A activity, you have to remember that from an absolute standpoint, they’re still going to be pretty low in the context of history. I don’t think it will be an issue around M&A.

We also have been monitoring the Russia-Ukraine situation closely and have been preparing for a range of outcomes.

On valuations dipping from record heights

One of the reasons I’m not particularly worried about the first few weeks of the year and the trading in the equity markets is valuations have come down, but really, multiples have come back to where they were just before the pandemic at the end of 2019.

I wouldn’t be surprised if you saw more stock-for-stock combinations. When two companies are public and their valuations aren’t what they were, it may make more sense in this environment to combine using stock and then share in the upside.

On companies spinning off businesses

I think that’s a big theme — companies simplifying their business and moving out of non-core businesses to focus on their core. They’ll get a better valuation in the public markets, and empirical data has shown that to be the case. Institutional investors prefer a leaner portfolio of companies when they look at businesses. Management teams and boards found that some businesses belong to someone else, and the opportunity to sell a business and take that capital and reinvest it in their core business, ultimately, was going to drive higher returns and earnings for the company being in somebody else’s hand. I think you’ll see more companies selling their businesses or spinning them off to shareholders, and then your shareholders own a piece of that in the public markets. It’s a good way to strengthen your balance sheet, too, if you sell a business for cash.

On the increase in private deals

A theme we saw in 2021 was private targets being at record volumes, driven by founder-owned private companies as well as sponsor portfolio activity and this trend of public companies selling their business, which is effectively a private company sale. We think this will continue because valuations are still relatively attractive. Founders are still thinking about tax law changes. A trend in the pandemic is founders thinking harder about whether it makes make sense to de-risk family wealth by selling a business — either some or all of it. It used to be more challenging to just sell part of a business but now a lot of private equity firms and family offices are willing to buy part, but not all, of the business. Then you just share ownership going forward and the owners can de-risk themselves.

On the value proposition of JPMorgan’s M&A team

We have long-standing strategic relationships with our clients, combined with unmatched advisory experience and global capabilities, which puts us in a very strong competitive position. We’re fortunate to have investment bankers experienced at executing transactions and being trusted advisers to public company boards, CEOs and private company owners.

On the likelihood of another SPAC frenzy

Our view is that the volume of SPAC issuance and SPAC M&A may normalize some but it’s definitely not going away. That’s an aspect class in the public equity markets and, as buyers of businesses, that’s not going away. SPAC activity may not go back to what we saw in 2020 and early 2021 but will still be a very relevant part of the market. It’s been a big driver of M&A, too. We had this enormous amount of SPAC issuance that was the equity capital markets part of it and then those SPACs go and look for assets to buy, and that’s the M&A piece of it. That’s still coming in a lot of cases.

December 1, 2022
4 Spaces To Believe Making an investment In When You Are Beginning A Industry 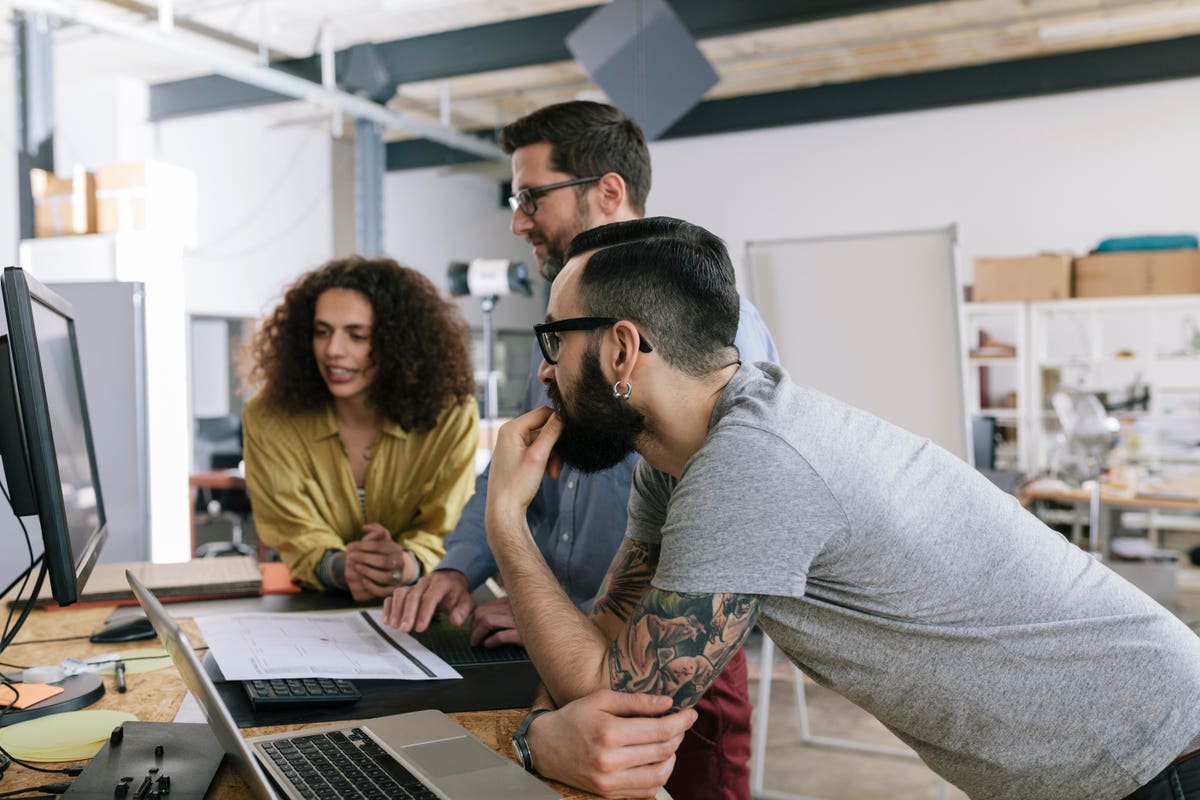