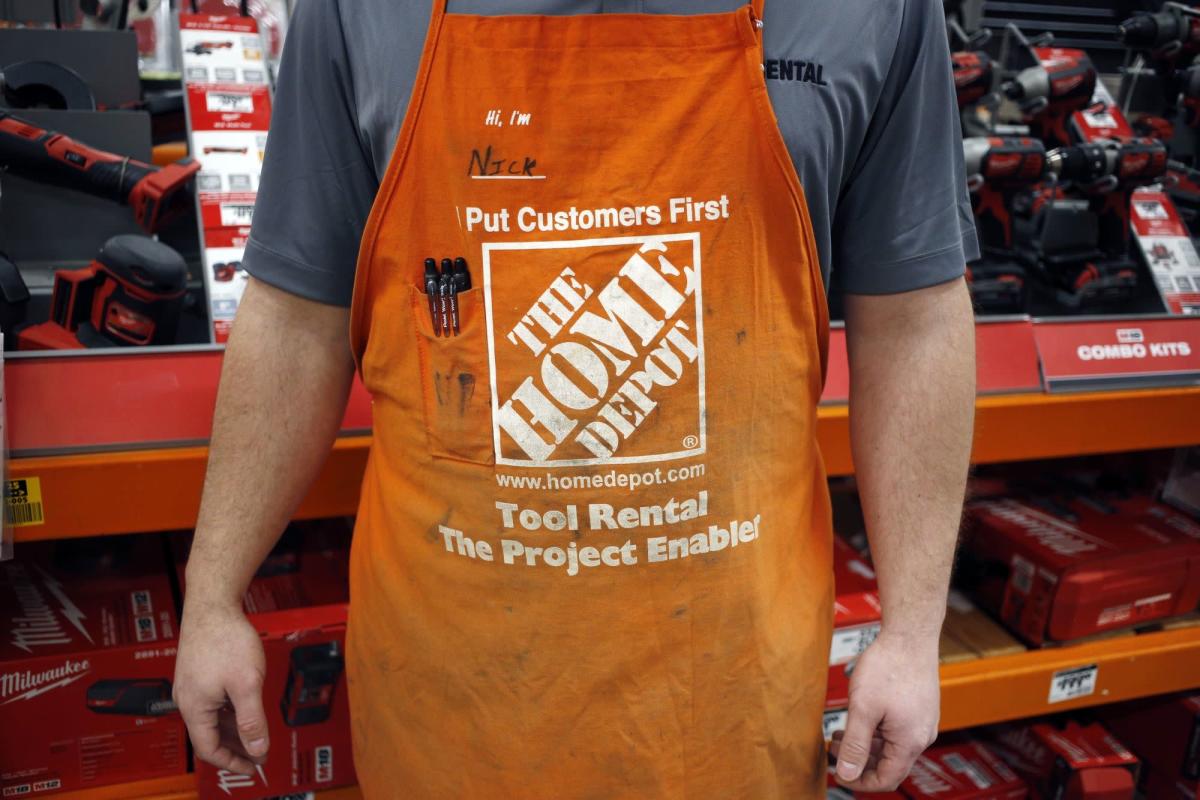 (Bloomberg) — Home Depot Inc. erased an earlier gain after executives told investors that growth would taper off in the second half of the year.

Most Read from Bloomberg

Shares had risen earlier, after the home-improvement retailer boosted its outlook for the year. An unexpected jump in first-quarter same-store sales showed that demand for home-improvement supplies is persisting, even as mortgage rates rise. Some of that increase, however, is due to inflation.

Home Depot now predicts comparable-sales growth of 3% this year, compared with a prior expectation of “slightly positive” sales growth. It also projects that earnings per share, excluding some items, will rise by mid-single digits after forecasting a low-single-digit increase last quarter.

While Monday’s results were better than expected, enthusiasm was likely tempered by inflation’s pinch and some pressure on profitability from the company’s ongoing investment to improve its supply chain. Unseasonably cold spring weather also crimped sales transactions.

The shares fell less than 1% at 12:03 p.m. in New York trading, erasing an earlier advance after the company’s earnings call with analysts. The stock had slumped 29% year-to-date through Monday’s close, about twice the S&P 500’s decline over the same period.

Comments on the call that sales growth would be slower in the second half of the year may have contributed to the shares’ reversal, according to Bloomberg Intelligence analyst Drew Reading.

In an earnings call with analysts, Chief Financial Officer Richard McPhail said appreciating home values have helped drive consumer spending despite inflation. “They’ve seen the price appreciation, and they have the means to spend,” he said.

Analysts surveyed by Bloomberg News had predicted same-store sales, a key retail metric, would decline 2.4%. Instead, that gauge rose 2.2%. Revenue was $38.9 billion in the first quarter, a 3.8% increase from the year-earlier period. Earnings per share of $4.09 exceeded analysts’ average estimate of $3.71.

While inflation remains a concern, first-quarter data show that sticker shock hasn’t scared away customers. Although the number of customer transactions fell 8.2%, the average purchase price surged about 11% year over year in a sign that higher-end consumers and professional contractors are still forking out cash on home improvement despite higher prices.

GlobalData’s Neil Saunders pointed to the decline in customer transaction numbers as a warning sign. Citing industry data, he noted that customers are pulling back on home-related project spending — particularly big-ticket purchases — due to rising prices.

“The era of easy growth has ended,” Saunders said. “Home Depot is going to have to work increasingly hard just to hold on to the gains it made over the past two years.”

Most Read from Bloomberg Businessweek