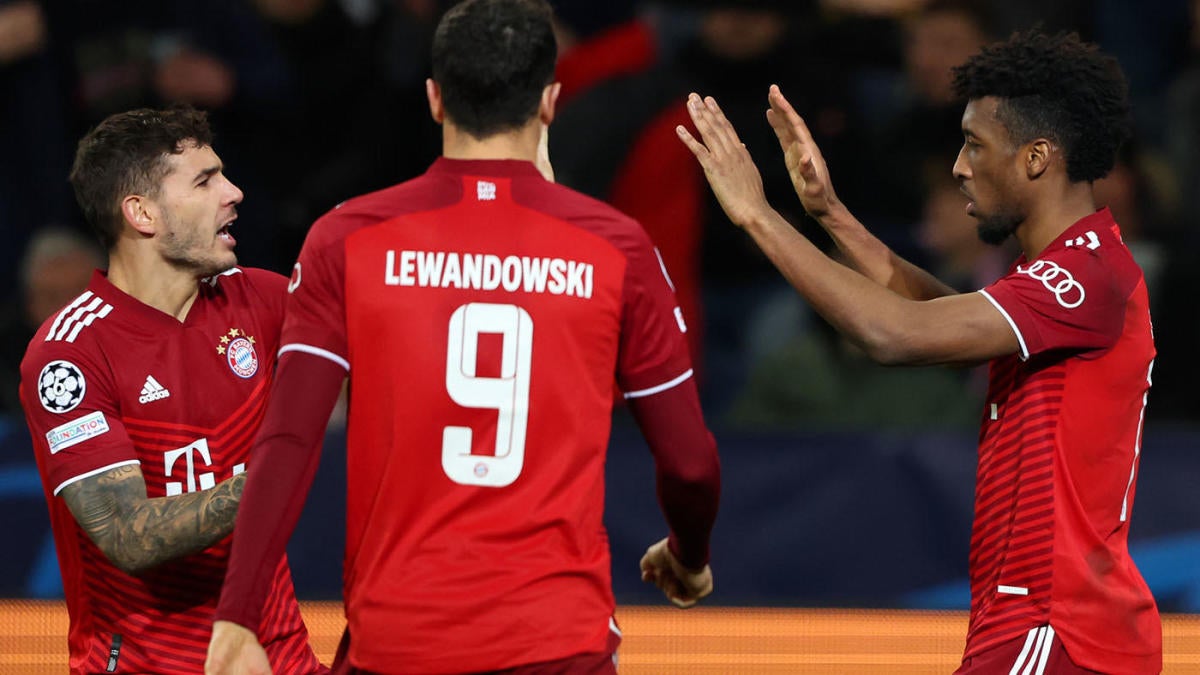 Wednesday in the Champions League we saw that substitutes can make all the difference. RB Salzburg marked their first ever appearance in the round of 16 in a big way in a 1-1 draw with Bayern Munich and Liverpool got a big away victory against Inter Milan in a match that they struggled for large portions of.

Salzburg were tagged as one of the weakest teams in the knockouts but they showed that they can’t be underestimated. Most teams would’ve struggled after losing a starting forward only 12 minutes into the match but Salzburg replaced Noah Okafor with Chukwubuike Adamu and kept rolling. Their press caused Bayern fits and led to a quick counter where American Brenden Aaronson settled the ball and Adamu did the rest.

The first time finish from range, the celebration, it was pure perfection that Adamu and Salzburg won’t forget. They created more pressure as the half went on Bayern really struggled to keep up or get the ball to Robert Lewandowski but the longer that the game stayed at 1-0, the more likely it was for the Bavarians to get something from the match.

Serge Gnabry and Kingsley Coman had all the space they wanted on the wings to make things happen but were unable to beat keeper Philipp Kohn who had a great game. But deep into stoppage time, all it took was one chance, and Thomas Muller found Coman with his head and the match was level.

While it will be disappointing to draw instead of win, competing with Bayern in any competition is something to be proud of and RB Salzburg did that and more.

In another sub changing the game moment, it was Robert Firmino that put Liverpool ahead in the second half after replacing Diogo Jota at halftime. Inter Milan had the best chance of the first half when Hakan Calhanoglu rattled the bar with a powerful strike but it wasn’t enough. Sadio Mane had a few chances of his own but not enough to get a breakthrough.

Andrew Robertson’s corner was good but Firmino’s header was better. Liverpool got another late via Mohamed Salah when a bouncing ball in the box found his feet for the finish. Inter will be up against it as they were held to nine shots and only a 0.46 xG in the loss. While away goals don’t give Liverpool any added advantage, overcoming a 2-0 deficit at Anfield is quite a task.

Denzel Dumfries, Inter: The exiting right back wasn’t able to get the job done today. Venturing upfield, Dumfries only created one chance and was wasteful with his passing completing only 61 percent of them. Only crossing the ball three times and not attempting an official take on, he let the game pass him by when Inter needed a driving force to balance out Ivan Perisic on the
left. Rating: 4

Andrew Robertson, Liverpool: In direct opposition of Dumfries today, every dead ball delivery from Robertson was dangerous. He created three chances from six crosses (five from dead ball situations), including his assist to Robert Firmino. Stout on the defensive end, he didn’t lose a header and also completed nine recoveries. One of the best all around performers for Liverpool today. Rating: 9

The Salzburg defensive midfield: A combined 27 recoveries for Nicolas Capaldo and Mohamed Camara are a large reason why Bayern had so much trouble breaking them down. Also completing six take ons and 12 passes in the final third shows the dynamism of the Salzburg style. End to end stuff in a special performance. Rating: 9

Brenden Aaronson, RB Salzburg: While watchers of the United States Men’s national team know to expect this, the world got to see the best of Aaronson on full display. He created five of Salzburg’s seven total chances, had 10 passes in the final third and 5 take ons in an impressive all-around match. The engine of Salzburg kept chugging all match to good effect. Rating: 8

Robert Lewandowski, Bayern: It’s not often that Lewandowski goes quiet but Bayern took 22 shots and he had zero of them. I’ll repeat that because I didn’t believe it either. Lewandowski had zero shots in a match that Bayern took 22 as a team. With only 31 touches during the match, he was effectively marked out of the game. For Bayern to move on to the final eight, that can’t happen in the second leg. Rating: 4

Press Bayern off the pitch?

For the third game in a row, Bayern played an effective pressing side and struggled. RB Leipzig exposed the weakness in a match that Bayern won 3-2 but with major problems  where they were only saved by a Leipzig own goal. Bayern were then embarrassed in a 4-2 loss to VFL Bochum during which they allowed all four goals in the first half. Then Salzburg hit them with an early goal before pressing for the remaining 85 minutes.

Better finishing would’ve seen Salzburg win this match but needing to play formations with almost no midfield to accommodate Bayern’s high power attack are coming back to bite them. These are also moments where Alphonso Davies would help the side if he was able to play. It’s something that Julian Nagelsmann will need to look at before it causes issues in future matches.

Outlook on the second legs

Bayern Munich vs. RB Salzburg: Bayern will still be favorites in the second leg but will have to ensure that they don’t underestimate Salzburg as they will be buzzing heading into this match. Their work rate doesn’t drop over 90 minutes so more mistakes will be punished. There’s no timetable on a return for Davies but with more time to recover, Nagelsmann can hope that he’ll get a key press breaker back at his disposal.

Liverpool vs. Inter Milan: Travelling to Anfield down 2-0, Inter can almost pack it in. A two-goal deficit can be overcome especially since Nicolo Barella will be back in midfield but Liverpool are almost unbeatable at home. An early goal by Liverpool in the second leg and Inter may start withdrawing starters to rest for their Scudetto challenge.