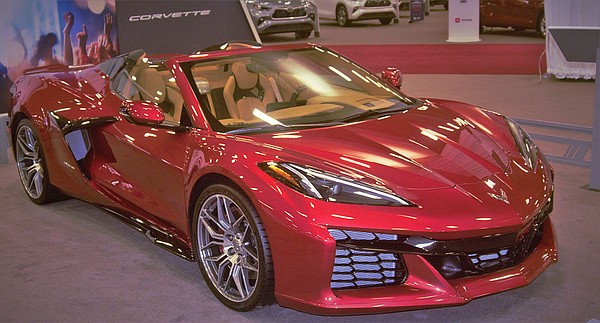 DALLAS – Perhaps unintentionally, the North Texas Auto Show, which used to be the Dallas Auto Show until it switched PR firms, offers clear proof that the American automotive industry is better, but not recovered.

Filling two-thirds of the Kay Bailey Hutchison Convention Center, a venue it once overflowed with exhibits spilling into marbled hallways, the show returns this weekend with what was billed as an emphasis on electric vehicles. That is sort of true.

Perhaps because Volkswagen was a no-show, and other manufacturers chose to use much less exhibit space than usual, one-third of the center is open for test rides around a short flat oval in the passenger seat in electric vehicles from Ford, Kia, Audi, and Polestar. It is hard to draw inferences from a two- to three-minute experience on a surface perfect for playing basketball, but the rides fail to justify the $15 cost of admission.

During a press preview Thursday morning and, later, after the gates were open, what we saw was sort of a half-hearted effort. No one was on hand to represent Audi and Kia, and their cars sort of sat there, dark, locked up, perhaps forlorn.

It’s hard to know what a car is thinking unless its name is KITT, and then you wish it would shut up.

Ford’s F-150 Lightning stayed busy giving rides to people with Ford on their shirt and the Mustang Mach E was parked in a far corner, apparently the victim of some glitch, so we were unable to offer impressions of those vehicles, except to say the Audi e-tron sure is pretty.

Polestar, a Chinese spin-off of Volvo, was there, ready to go, and the two vehicles are indeed impressive. Fit and finish are as impeccable, as one might expect from Volvo, and interior and exterior design are pleasing.

Even within the limiting confines of the convention center, we were able to learn the car is capable of planting heads on the backs of seats. Starting at $38,400, the Polestar 2 is available today.

The age of the electric vehicle has not yet quite arrived, but it is drawing nigh. After the gates opened, people immediately flocked to the F-150 Lightning in Ford’s display and lined up for a ride at the “track.” Lines for the other vehicles were short.

Ride in it is about all buyers can do. Ford has enough orders with money in hand for every Lightning, base price $40,000, and nearly every Mustang Mach E, base price $42,895, it can build for the 2022 model year.

The Nissan booth was abuzz. People were curious to see the Ariya, a midsize electric SUV slated to be in showrooms this fall. An all-new Nissan Z®, which isn’t all-new because it sits on the same platform, makes an attractive centerpiece.

The busiest – and largest – display is Toyota’s, which makes sense because the company’s North American headquarters is just 19 miles up the road. With a wide array of hybrids and plug-in hybrids, Toyota has a full quiver for those worried about the price of fuel.

But Toyota is also making a strong play in the world of internal-combustion-powered pickups and SUVs with a pair of compelling offerings, the all-new Tundra and Sequoia, built 273 miles to the south. Besides being more powerful, quieter, luxurious, and safer, Toyota claims the new Tundra is the most American of all pickups.

We won’t know whether that’s true until American University’s Kogod School of Business releases its annual “Made in America” survey, but Toyota says its decision to build the Tundra’s i-FORCE 3.5L Twin-Turbo V6 engine in Alabama will tip the scales its direction.

More importantly, the engine comes married to a hybrid system – a Toyota area of expertise – to give the ½-ton Tundra the payload and tow capacity of a ¾ ton rig. Adding the hybrid seems likely to make the bulletproof Tundra even more reliable.

The same San Antonio plant is building the all-new Sequoia, with the same hybrid system. Toyota insists the immense torque of electric motors makes Sequoia and Tundra more powerful. There is anecdotal evidence to suggest the vehicles will deliver fuel economy in the low-20s range, a big jump.

The Tacoma, previously built in San Antonio, now is built only in Mexico, a spokesman said.

Though Toyota’s top executives were reluctant to jump into the development of electric vehicles, a fact the company’s spokespeople now deny, pointing to decades of leadership with hybrids, it has developed an EV with Subaru.

Identical to the Subaru Soltera, the all-electric bZ4X, with about 250 miles of range, is due in the U.S. this summer. Prices will start at around $40,000.


With the ability to power homes when the grid goes down and a huge frunk in front for cargo, the Ford F-150 Lightning is drawing plenty of attention at the North Texas Auto Show. (Photo by Bill Owney) 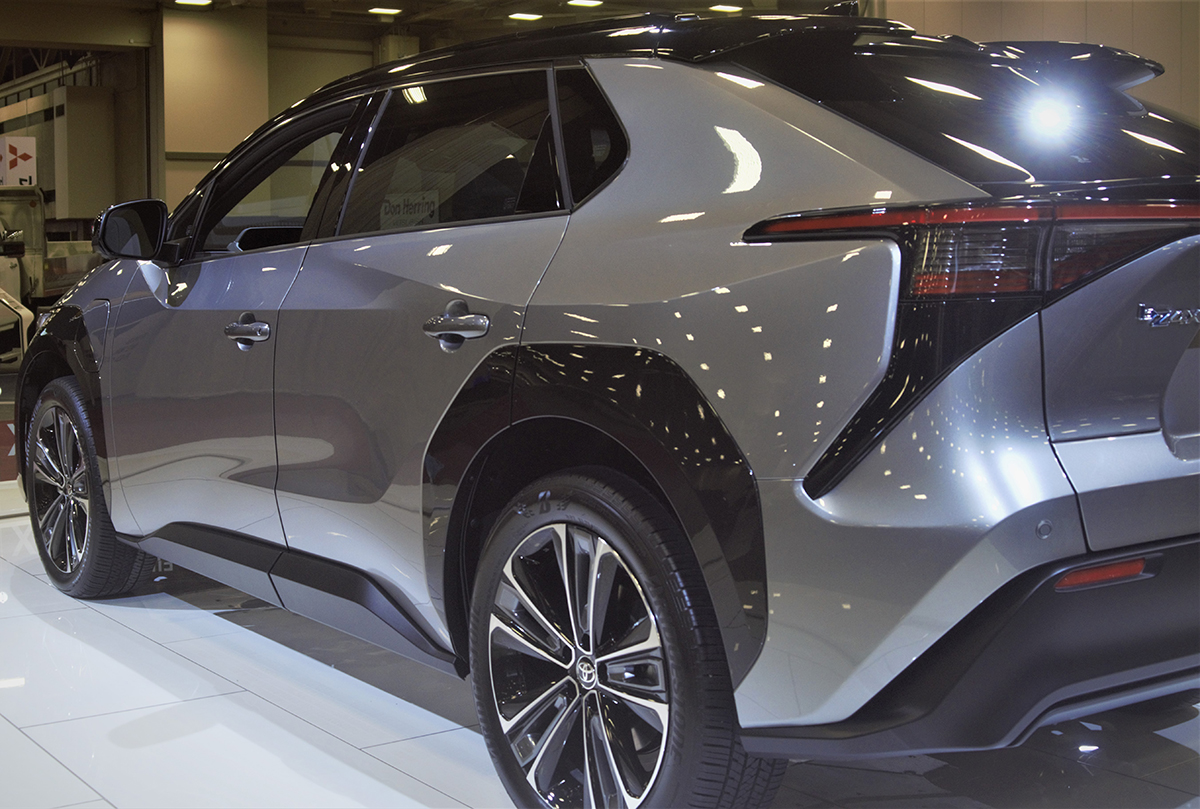 Toyota jumps into the electric vehicle market with the bZ43, a futuristic and edgy SUV it co-developed with Subaru. In showrooms this summer, it is expected to have all-wheel drive and a range of 250 miles. (Photo by Bill Owney) 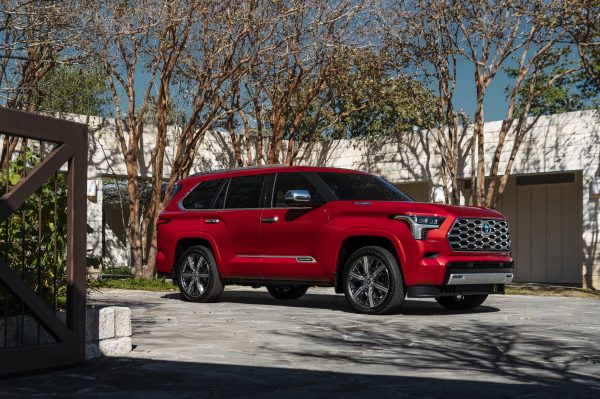 Powered by a V6 teamed with a Toyota hybrid system, the all-new Sequoia will deliver more power and better fuel economy than nearly every other full-size luxury SUV on the market. (Photo courtesy Toyota) 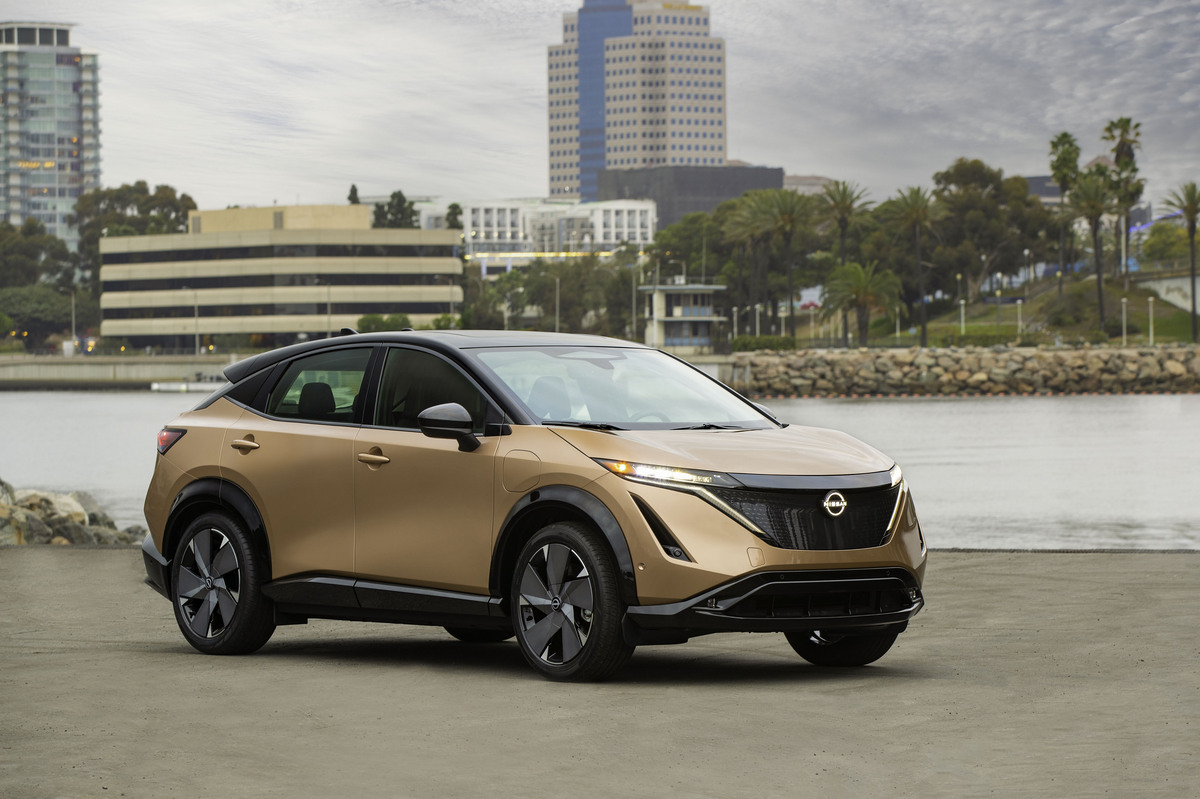 Due in showrooms this fall, the Ariya, with a range up to 300 miles, builds on Nissan’s decade of experience with the Leaf. (Photo courtesy Nissan) 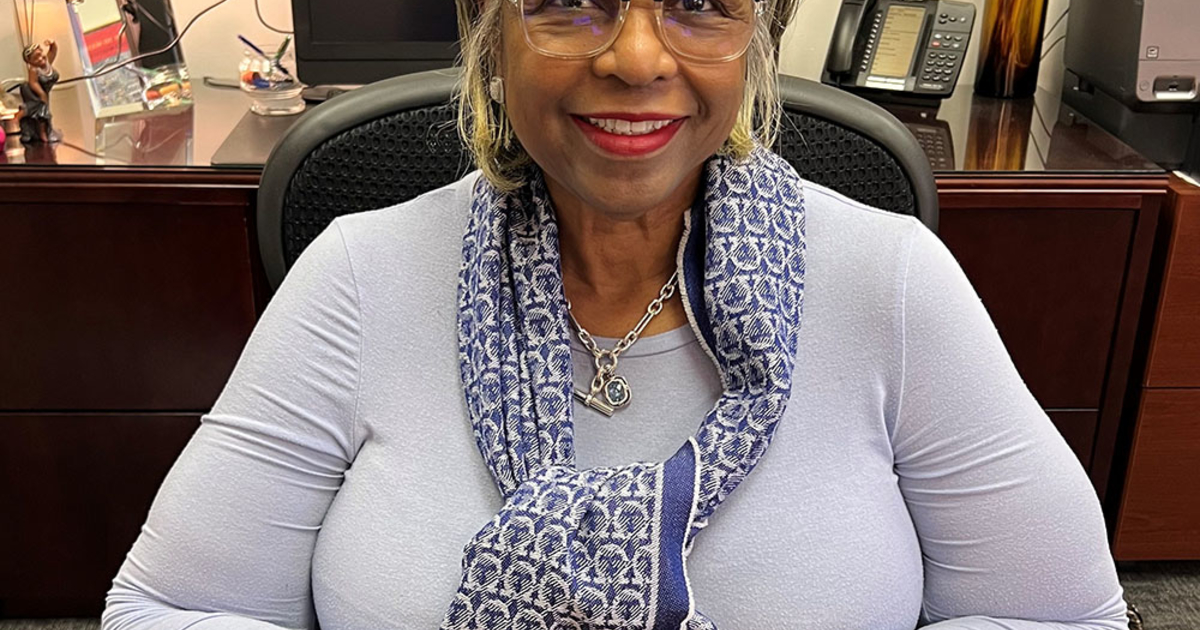