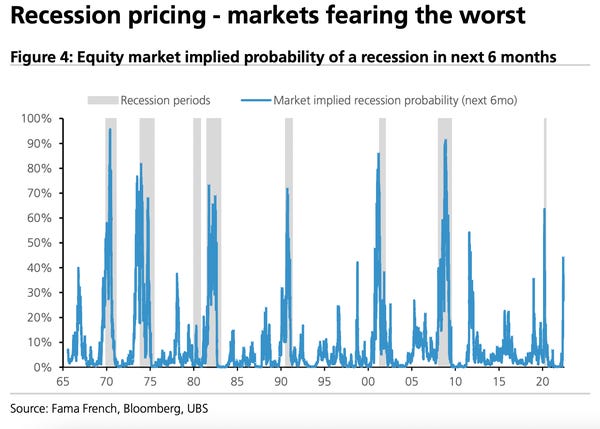 Investors have been punished this year for using the “buy the dip” strategy that worked so well for much of the past decade.

Most stocks outside the scorching-hot energy sector have been weighed down by a litany of concerns, including four-decade-high inflation, tighter financial conditions, the Russia-Ukraine war, and an increasingly popular sentiment that another

rises, some market experts believe it would be unwise to completely abandon stocks now.

“From a strategy perspective, we’ve found that risk/reward is attractive when this much recession risk is priced (>80pctl),” wrote Keith Parker, the head of US and global equity strategy at UBS, in a late May note.

Parker wrote in a subsequent note detailing his investing strategy that US stocks now appear to be oversold by four percentage points. His model indicates that fair value for the S&P 500 is 4,300, which is about the midpoint between where the index entered the year and its 2022 low.

As for the economy, UBS’s strategy head wrote that worries about a recession are “at odds with fundamentals” because key leading indicators haven’t peaked yet.

“We see a disconnect in equity markets between recessionary fears and the current fundamental backdrop,” Parker wrote in a May 31 note. “Our logit model suggests equities are pricing a ~30% chance of a recession by year-end (>85pctl), despite ‘hard data’ models pointing closer to 0%.”

Parker isn’t alone in his view that the US will avoid a recession. Tom Kennedy, the chief investment strategist for JPMorgan Private Bank, recently told Insider that markets are underestimating the Federal Reserve’s ability to rein in inflation without causing a downturn.

If that bullish thesis is correct, then economically sensitive stocks should outperform their defensive peers, Parker wrote. Cyclicals have lagged defensives by 10 percentage points in the past three months, the strategist wrote, which he said was the biggest difference between the two since 2012.

Stocks in the following industries have fared worse than expected and may bounce back, Parker wrote: consumer durables & apparel, transportation, media & entertainment, and technology hardware.

But Parker isn’t the only one at UBS with investing ideas. Last month, the firm surveyed all 38 of its North America equity analysts to get their “highest conviction calls” for the remainder of 2022.

The UBS analysts shared 44 investing ideas — 43 of which were stocks to buy. One analyst recommended selling shares of consumer goods conglomerate 3M (MMM).

Each buy-rated name is perceived by the analysts to have more upside than downside in what may continue to be a choppy market, but investors must still be wary of downside risk.

“As we move later cycle, avoiding the biggest underperformers becomes even more important for portfolio returns,” Parker wrote in the late May note that accompanied the stock picks.

Below are the 43 buy-rated stocks that UBS analysts are most confident about, along with the ticker, market capitalization, industry, price target, and thesis for each. 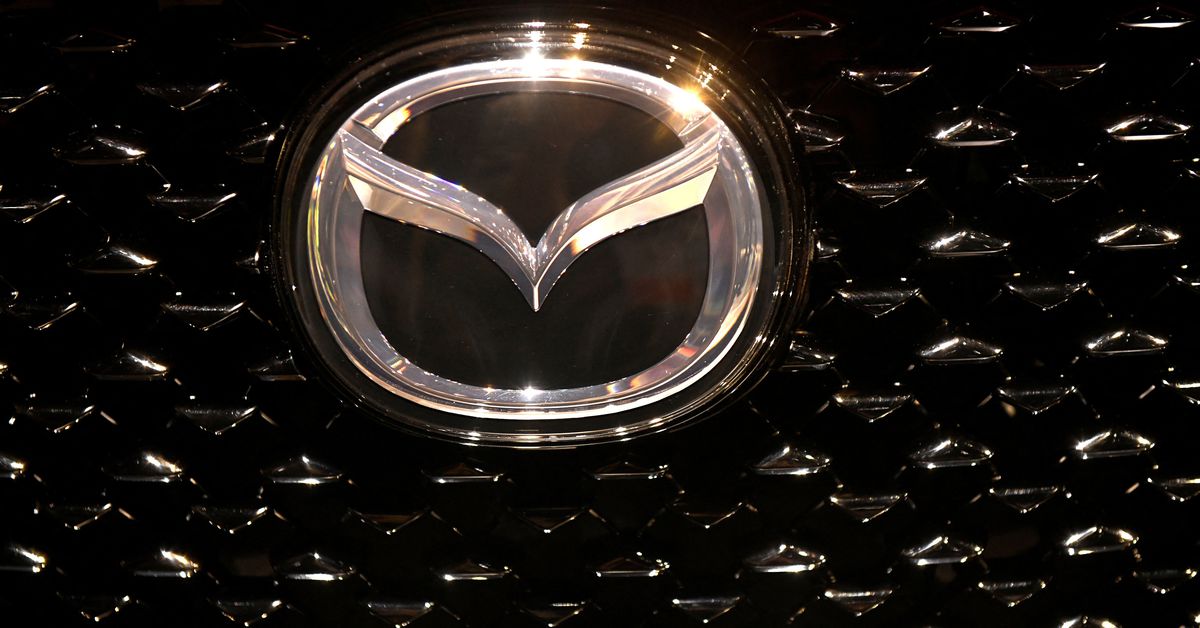